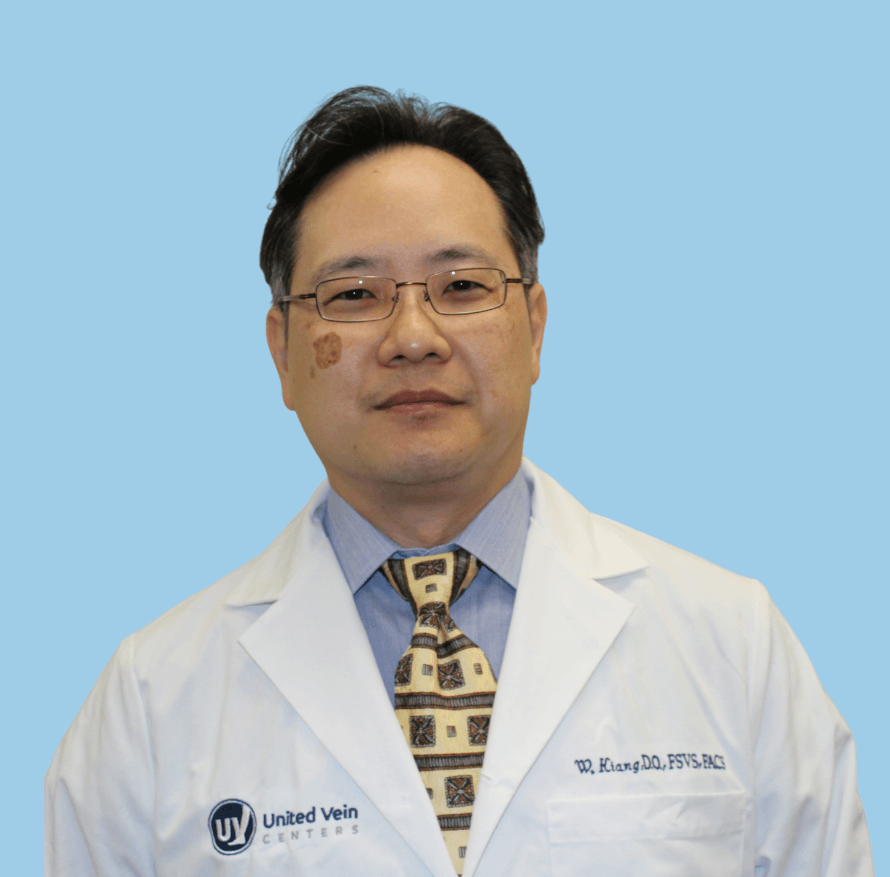 Dr. William Kiang, D.O., FSVS, FACS, RVT, is a board-certified surgeon and a Fellow of the American College of Surgeons and the Society for Vascular Surgery. Dr. Kiang specializes in vascular and endovascular surgeries such as percutaneous AAA repair, peripheral artery revascularization, critical limb ischemia, venous stenting, and endovenous ablation.

On top of his own professional achievements in vascular and endovascular surgery, Dr. Kiang has also held a teaching role at Liberty University as an Adjunct Professor of Vascular Surgery. During his residency at St. Joseph’s Hospital in Marshfield, Wisconsin, Dr. Kiang served as Chief Resident, mentoring other residents, and performing administrative duties.

Dr. Kiang has won several Patient’s Choice awards, been named to the Consumers’ Research Council of America’s Top Surgeon list four times and won several Who’s Who awards for his work as a surgeon.

Dr. Kiang has made contributions to several journals including the Journal of Vascular Surgery, most of which directly relate to his work in this specific field. He has also made many presentations to educate his fellow medical professionals and laymen alike, educating both generally and specifically about vascular health, treatments, and improving treatment standards for vascular patients.