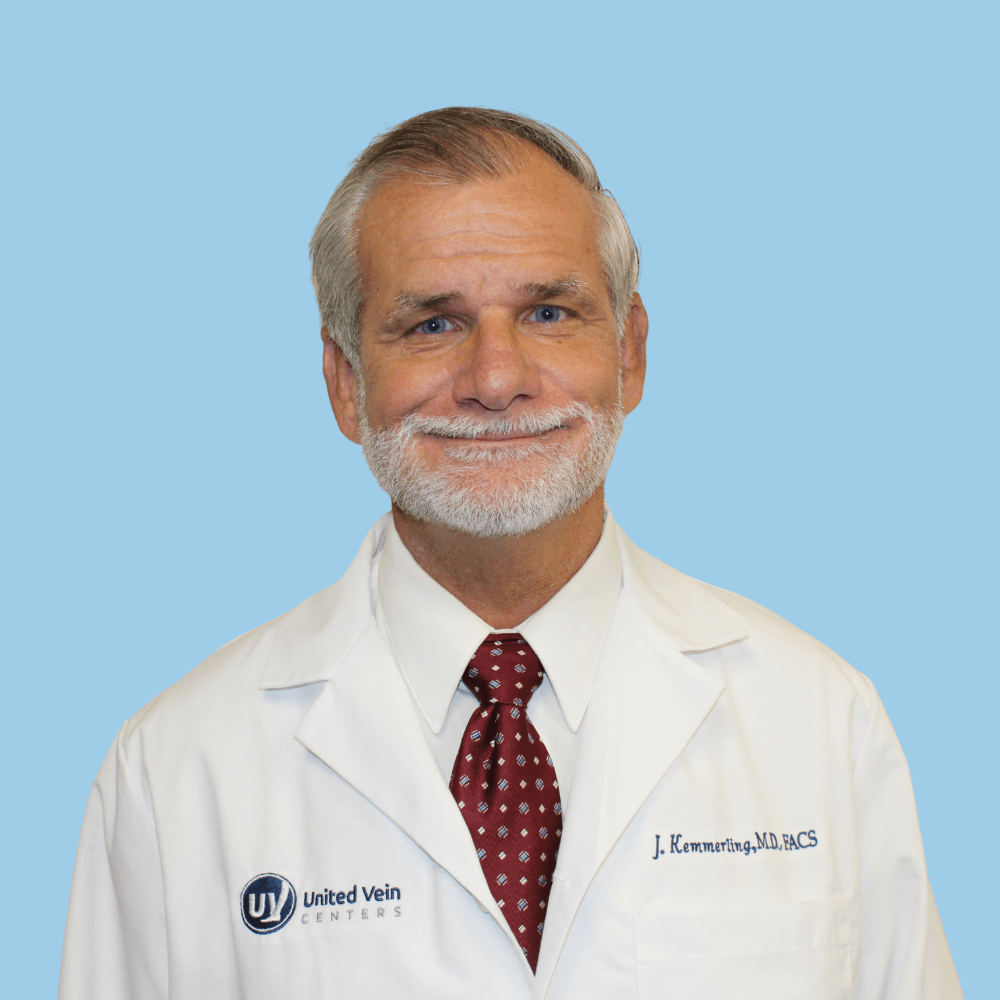 Prior to his work with United Vein & Vascular Centers, Dr. Kemmerling owned and operated a vein clinic in Green Bay, Wisconsin where he performed minimally- invasive procedures such as endovenous laser ablation, radiofrequency ablation, microphlebectomy, and sclerotherapy. While he enjoyed operating his own practice, Dr. Kemmerling enjoys being able to focus more on patient care with UVVC and less on the business side of running a medical office.

A veteran of the United States Air Force, Dr. Kemmerling served as an active-duty general surgeon for several years at the start of his medical career. He has a great deal of surgical experience in both private practice and hospital settings. He served as the Medical Director of Bariatrics at Aurora BayCare Medical Center where he established the Bariatric Center of Excellence. He was on staff at four hospitals in the Green Bay area for two decades.